Ahem, I don’t know if you might have noticed but, 2019 has sucked for me so far.

Let me explain.  No, no, Inigo Montoya was right…there is too much, let me sum up.

TO BE CLEAR even the few times that I did attempt something resembling productivity, I failed miserably.

I could not focus long enough to code, write an article here, or even get myself together long enough to send out some royal mail that I normally would have been more than speedy about.

Somehow I managed to complete stitching of my first cross stitch pattern of the year on 1 October 2019. 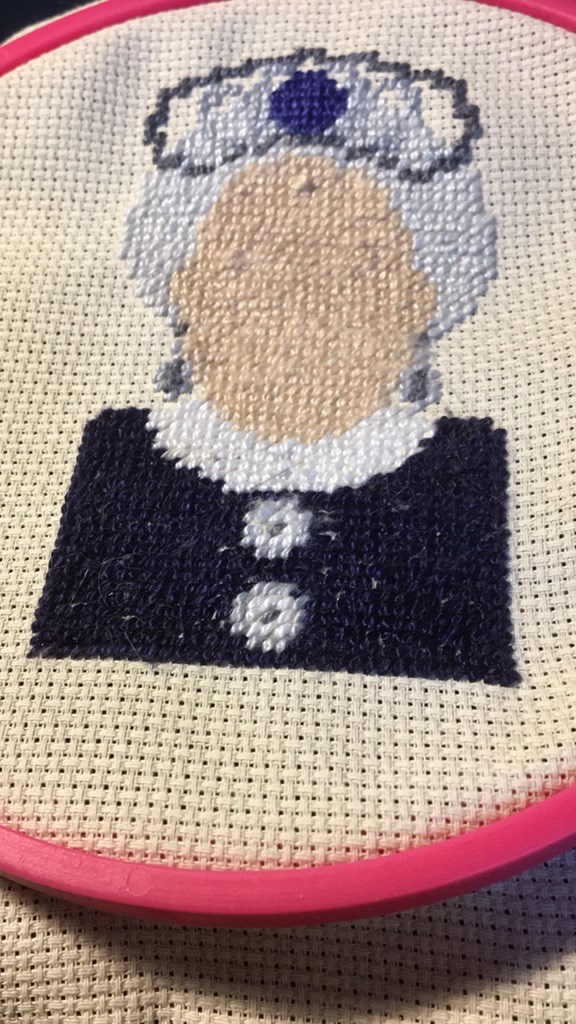 A Minimalist likeness of Her Majesty Queen Elizabeth II, the first cross stitch pattern I have completed in a very long time

It was a minimalist design of Her Majesty Queen Elizabeth II.  I had used a technique called half stitch, a thicker thread called pearl cotton #5, made her hair all one color instead of two, and completely redesigned her tiara (I just could not concentrate enough to get the original hair and tiara right) but it was DONE.

Remember I told you I completed that on 1 October 2019? 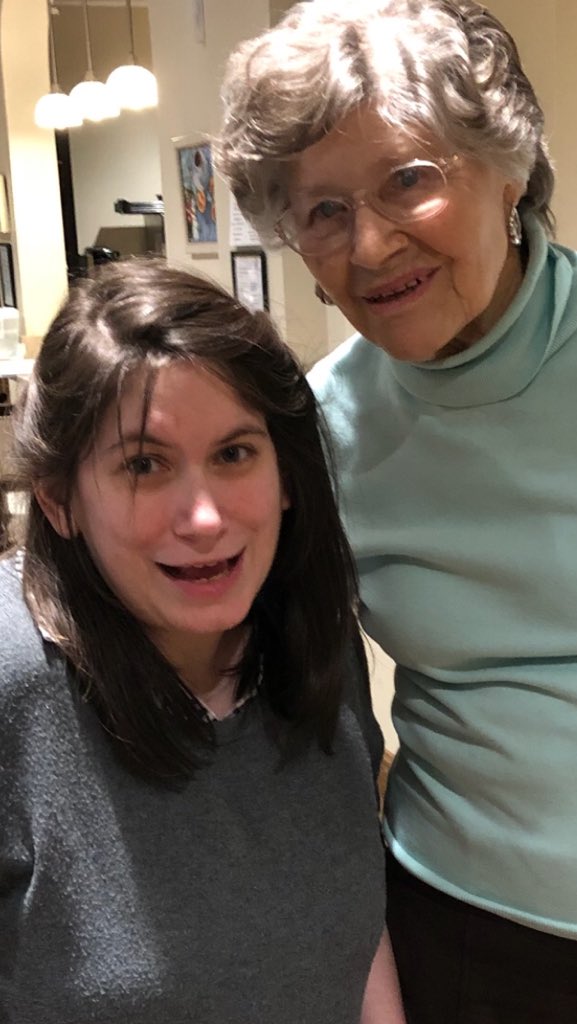 Grandma’s birthday was the next day.

I could easily have let myself go back to bed and stay there until New Year’s….even with my own 40th coming up, it’s not like I have plans.

But, I figured that one way to get through the day, to work through the tears, and to feel close to her…was to cross stitch. 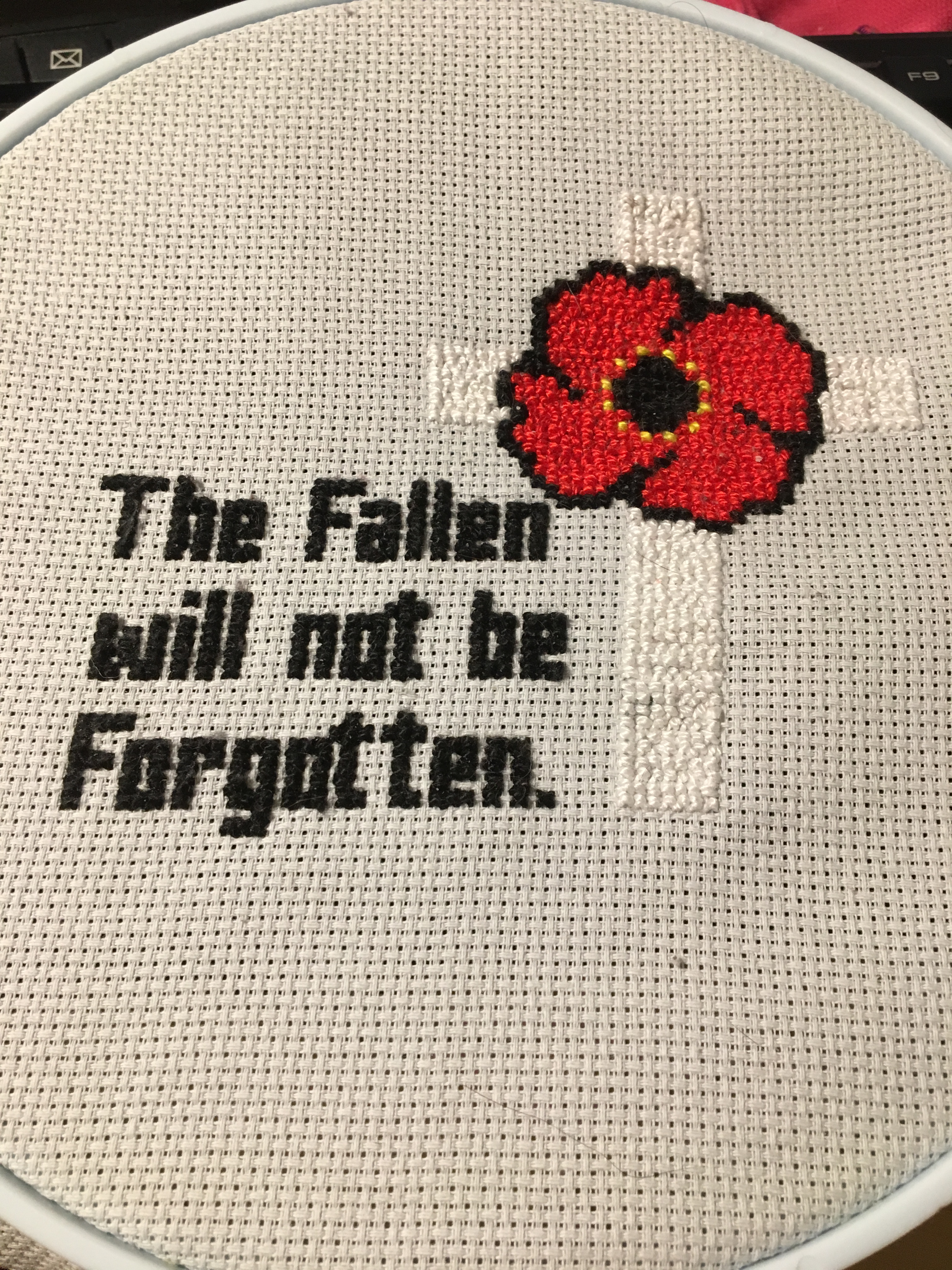 I still had one promise I had made to myself that depression had not yet gotten hold of.  I had a pattern that I said at the end of 2018 I wanted to have stitched and framed in time for Remembrance Sunday / Veterans Day 2019.  In this case that makes my deadline 10 November 2019.

With multiple friends and even a few family members taking part in “Inktober”, I decided that I am having my own personal “Stitch-tober” .

My rules are fairly simple:

Sounds easy, but hold up….

On the Remembrance Day Pattern I was using my thicker thread again but this time I was going to be doing full crosses in my cross stitch to ensure neat and tidy coverage…the thicker thread did not make that easy after about the third stitch.  After a couple days of trying to stitch “the correct way” I gave in and started making and crossing stitches ONE. AT. A. TIME.

1163 stitches later on the evening of 20 October 2019 I FINISHED my second pattern of the year.  Mom and I are  in discussions about framing it (couple different possibilities) and it still needs to be cleaned, touched up, and framed but I think it will get done by the 10 November deadline,

Day 21…Let that sink in for a moment…Day 21.   I’ve not been able to do ANYTHING other than stitch for 21 days straight all year and I mean ANYTHING.  Today is not only day 21 of my “Stitch-tober” but it’s different too.

Because of some Cat-Induced Chaos this morning I was awake and out of bed before Dad (not bio dad) left for work.  I sat quietly and completed 57 stitches, in this case a complete stand of thread, on my new project. 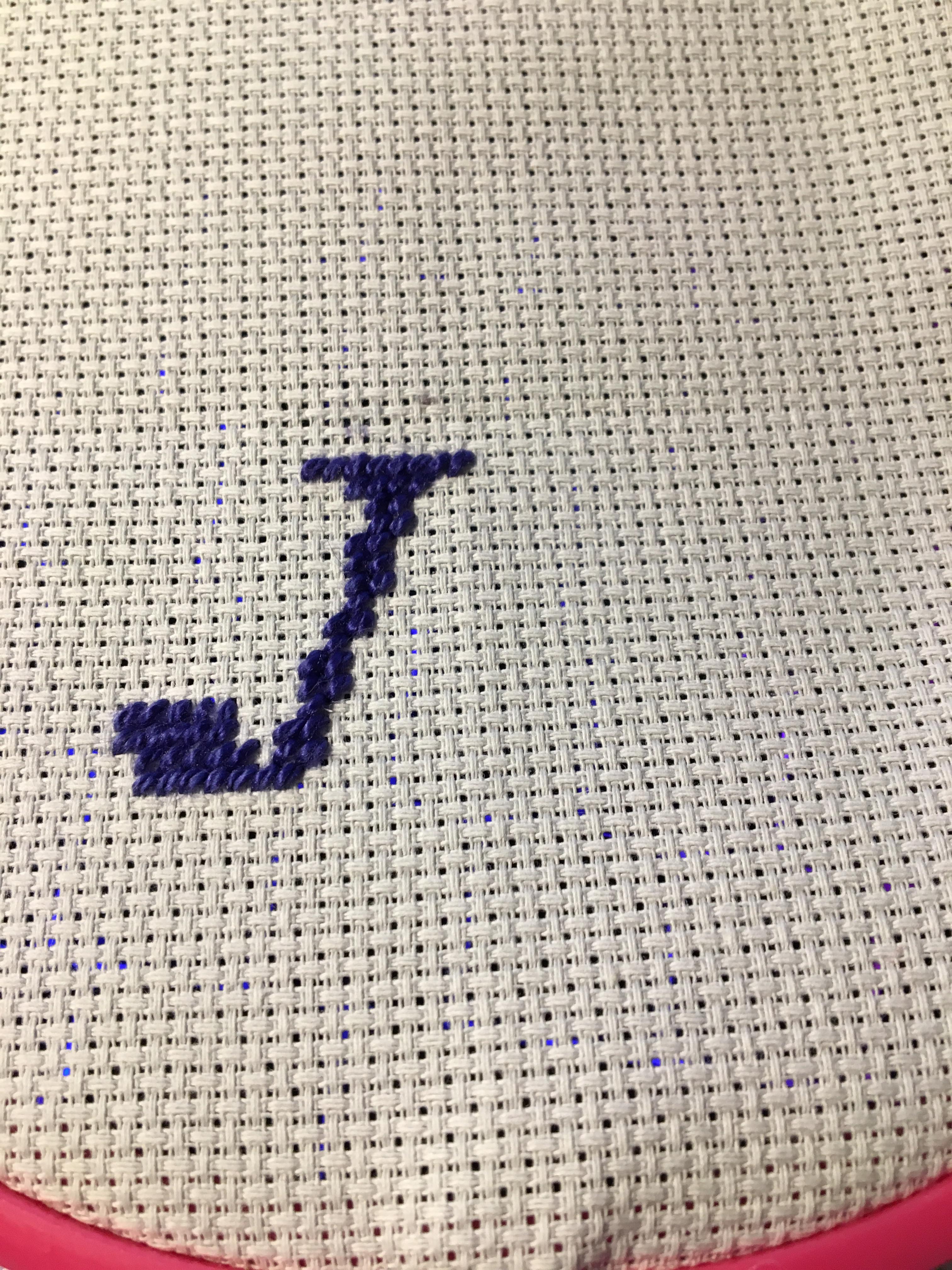 But then I did something that I have not done in a REALLY long time.  I logged on to this site and I began to write this post…something so out of my current normal that my mom had no idea what I was doing back here and just popped her head round the door to ask as I was typing this.

It has taken me 4 hours and I am exhausted.  I’m going to try to convince my cat or any of our cats to come join me for a nap soon, but I think that what I’ve managed to do in the last 5 hours (stitching and blogging) shows me that I may have enough in me to start adding things back into my day.  One thing I know for sure is that cat naps will happen if there is a request from a kitty (sadly, I have ignored Peppurr this morning and now she has moved on to the cat tree in the living room window).  I may not be ready to write essays like this one every day or multiple times a day, but I can start adding back the little, basic things that have been overlooked for so long.

So, should I stitch some more while i wait on lunch?

« Prince George Turns 6 and shows support for England, The Duchess of Cambridge Releases Photos
Always on the lookout for new Jeans! »