Children’s Hospices….two words that should NEVER have to go together…but they do.  As long as there is a need for Children’s Hospices in the United States, the United Kingdom, or anywhere in the world, I will use this site and the platform it creates to do everything I can to get children’s hospices the funds, or supplies they need!

Admittedly, this was an easier task when I was using the platform created by the interest and subject matter at A Petite Princess but I couldn’t do that any longer.  That doesn’t mean the passion for the cause left me, just the tolerance for the work ethic of the subject matter at the previous site…and the unwarranted abuse when simple observations were made.  I just can’t turn my back on these wonderful organizations and I have to do everything I can to help them.

When I visited London in June 2018 I took a day and took a train to Ipswich where I visited the wonderful team at EACH’s Treehouse.  they gave me a tour along with a couple of new interns so I was able to learn so much about the organization and the absolute, laser-like focus that every single member of that team has toward creating opportunities for the families they serve to create moments that matter and memories that they can carry with them during and after their time at EACH. 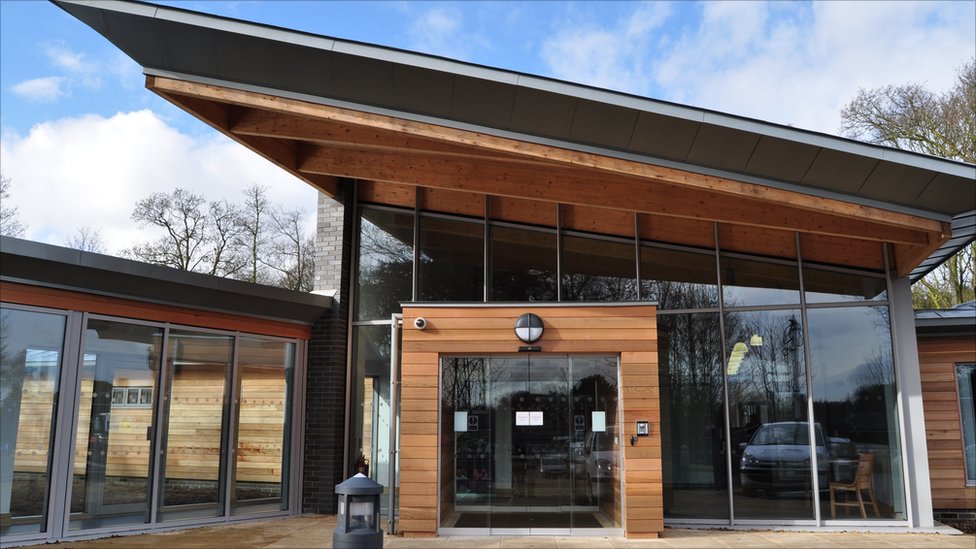 I heard stories of a young man who was non-verbal and very tense and spastic who relaxed to a point that had his nurse in tears when the music therapist was able to engage him using the rhythm that, quite simply, was this young man.  I also heard stories including that of a father that simply wanted to take a bubble bath with a young son…yet the family’s bathroom being on the upper level of the house made that impossible given the son’s fragile state…the large wetroom at EACH that contained the largest bathtub I think I’ve ever seen, complete with temperature and pressure controls made that bubble bath possible.

Children’s Hospices, at least in one respect, operate differently from the hospices that spring to mind here in the United States.  Children’s Hospices often offer respite care both during the day, overnight, or short break stays.

I first came to know of East Anglia’s Children’s Hospices when Her Royal Highness the Duchess of Cambridge became their Royal Patron in 2012.  I have worked with them to raise funds for a new adaptive playground at their Milton facility, and I was one of 5 bloggers involved in the Baby Cambridge Fundraiser that was put together to celebrate the birth of Prince George of Cambridge in 2013. I’ve continued over the years to do my best to assist with various of their fundraising efforts.  In my years as a supporter I have learned that often the public at large think that if a famous face is supporting a charitable organization for the long term that that charitable organization will have all of the funding that it needs.  And I have learned just as often that that is not the case. 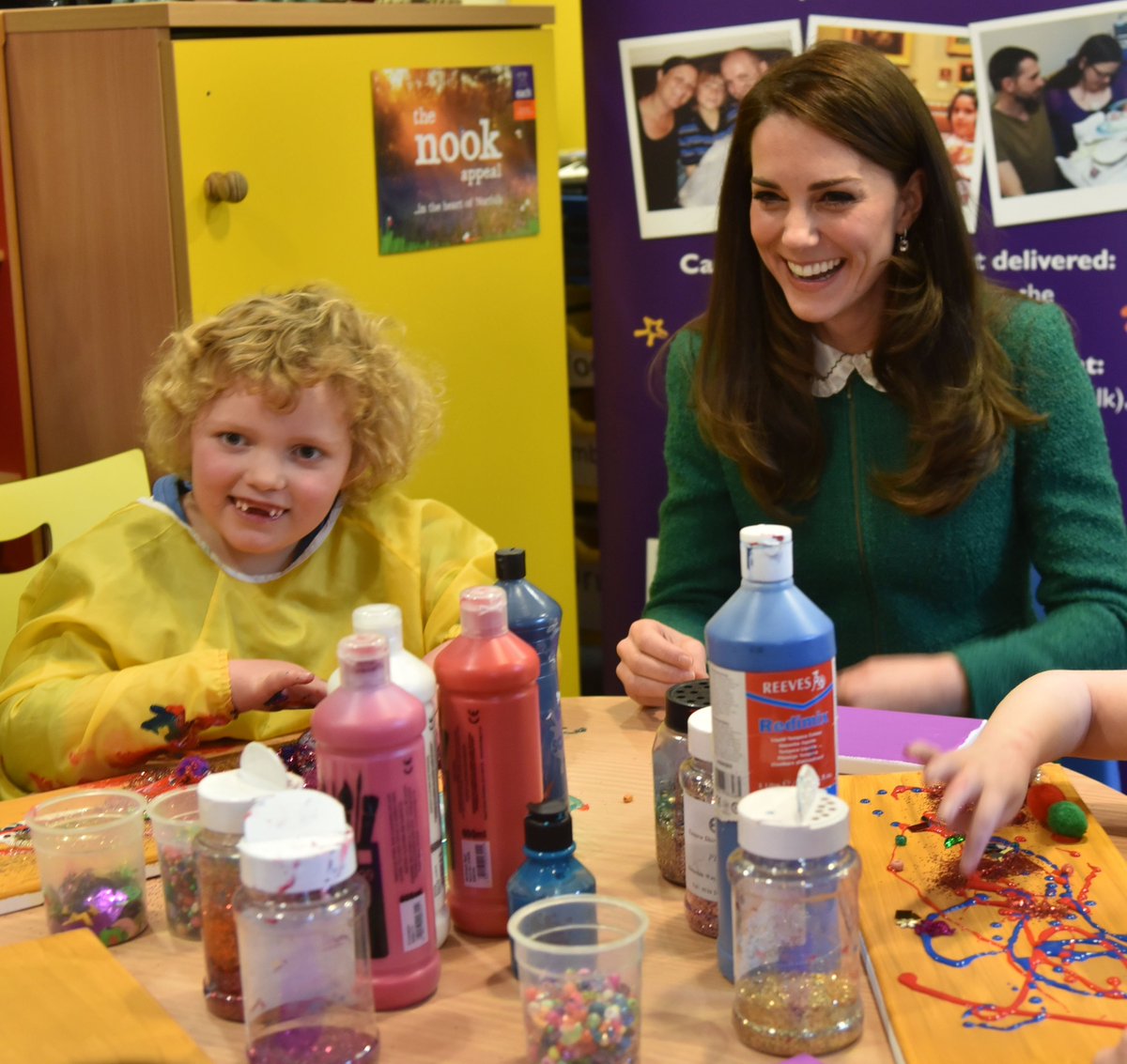 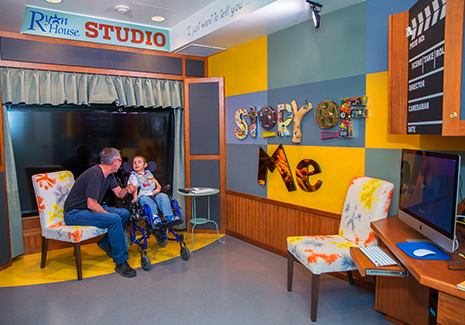 That’s right….a country that fits snuggly inside the states of Michigan, Oregon or Wyoming and that would find itself with just a little breathing room in the state of Colorado has 51 Children’s Hospice Services and yet the United States of America has only 3 dedicated children’s hospice facilities currently operational.

Children and families that need these services, whether it be the end-of-life care, or respite care for children with very complex medical needs NEED THEM and yet in the United States they are nearly impossible to find.

I’ll confess now that working with these organizations makes me more than a little nervous.  You see, in the United States, Children’s Hospices don’t get much funding…if any at all, from programs that other medical services rely on.  Ryan House in Arizona, and Crescent Cove in Minnesota are both currently 100% Philanthropically Funded.  Quite simply that means that they don’t function at all without support from people like you and me.  I’ve learned how even the smallest of donations can help with putting food in the kitchens for the families or making sure that they can afford the beds nad nursing staff to serve their patients.  George Mark Children’s House in California gets a small amount of funding from the state but still relies on donations to make up 80% of their annual funding

When I went to lpswich and visited the Treehouse I found out that they do so much more than I thought and they made the Treehouse a warm and inviting place where families could spend time just being a family.  When, during Children’s Hospice Week one year, I stumbled on George Mark Children’s House and I knew right away I wanted to help.  The intention has always been there, but I’ll admit sometimes my efforts were not up to the standards I set for myself.

That all changes with this article, from the moment of publication I will be working constantly and usually quietly behind the scenes to make a difference for George Mark Children’s House in California, Ryan House in Arizona, Crescent Cove in Minnesota, EACH throughout East Anglia in the UK, and any other operational Children’s Hospice service that I can in the United States or United Kingdom, after I’ve taken the time to get to know the organization, the staff, the needs, and the way in which I can best assist them.  In the sidebar to the right on this page you will find links to every Children’s Hospice service mentioned in this article…take the time, get to know one or more of them, let them show you the joy and love that they experience every day…these places are not sad and depressing, they are caring, compassionate, joyful and focused  on making the most of each and every day.

Later this summer I will bring you profiles of each organization and show you ways that you can help right then to make a huge difference.

From time to time you will also see special articles that update you on something that one of the hospices is doing that I think might be of interest to you.  I hope that by giving this cause the attention it so badly needs that maybe you’ll grow to love it as well.  Maybe together we can leave our local Children’s Hospices just a little better than we found them.

« A Barbie That I Can Relate To….Mostly
Catherine Shares Portaits for Prince Louis’ First Birthday »